Bending Art and Culture Towards Justice

First, what lessons can we learn about how change happens for arts organizations and networks that center People of Color and disabled artists, cultural producers, and executive leaders, especially those who have been further marginalized by sexism, heterosexism and xenophobia?

Second, what is the influence of a $230 million investment in their stability, their ability to expand their base of support, and their lasting impact on the artists whose voices and cultural contributions they lift up? This report presents high-level lessons about progress on outcomes sought by Ford’s CFE Arts and Culture program, the role the program played, and lessons about how change occurred. Findings and strategic considerations that emerged from this evaluation will be used to inform the next five-year phase of Ford’s CFE Arts and Culture strategy.

The findings draw upon qualitative research, including in-depth interviews with Ford staff, individuals at peer grantmaking institutions and arts leaders of 20 CFE A&C grantee organizations, followed by surveys of grantees and artists working at or supported by the grantees. Of the 230 CFE A&C organizations invited to be a part of the evaluation, 110 participated, along with more than 600 artists.

The research was supplemented by quantitative sources of demographic and financial data collected by SMU DataArts. The report summarizes key observations from this in-depth evaluation of Ford’s CFE A&C program from 2018 to 2021, including a number of promising findings:

Ford is contributing to more thriving People of Color and disabled artists and arts leaders.

The Ford Foundation, alongside CFE A&C grantees, is making progress related to increasing the production and visibility of underrepresented artists.

CFE A&C grantee leaders reported a remarkably strong sense that their organizations are advancing their goals and thriving.

Since its launch in 2015, the Ford Foundation's Creativity and Free Expression (CFE) program worked collaboratively to invest in creative organizations and storytellers shaping a more inclusive, just world across three areas of focus: Arts and Culture, Journalism, and documentary filmmaking through its JustFilms initiative.

To assess impact and alignment with the changing needs of the field, the foundation is conducting a series of evaluations around each area of focus under the CFE program. This evaluation report on Arts & Culture conducted by SMU DataArts is one in a series of three evaluations to explore how arts and creative sectors can approach inequality thoughtfully. 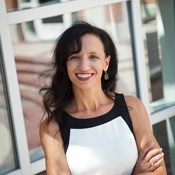 “This in-depth evaluation of Ford’s CFE A&C program shows clear progress in the foundation’s plan for disrupting narratives that perpetuate inequality and lifting up underrepresented voices across race and ability.”