Highlights on Return on Fundraising Analysis

Based on 2017 reported financials

How Do Fundraising Returns Compare Across Arts Sectors? 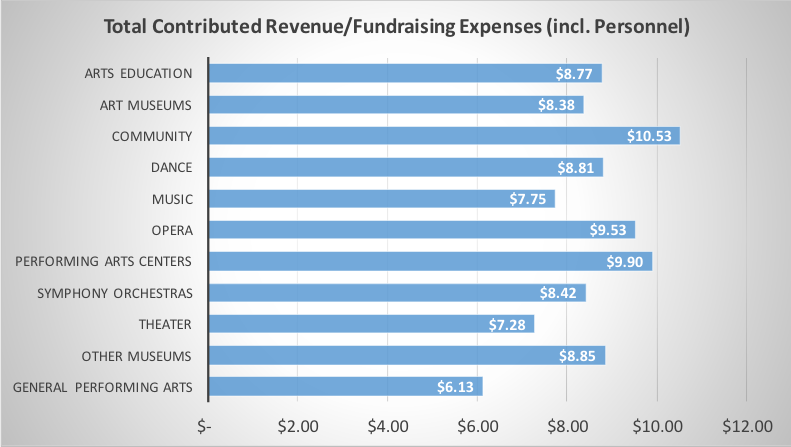 Taken together, we see how similar the sectors can be on some measures. The difference in Return on Fundraising is within $1 for the Art Museum, Orchestra, Arts Education, Dance, and Other Museums sectors despite varying levels of magnitude across these sectors in terms of fundraising expense and total contributions.

Comparing the Averages of Small, Medium, and Large Organizations 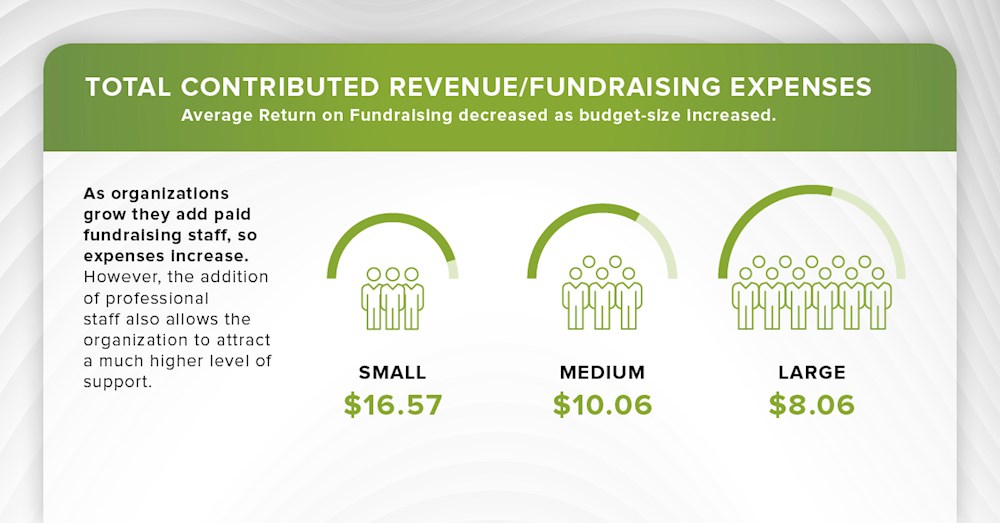 A key finding in comparing organization size, is that the average Return on Fundraising decreased as budget-size increased.

We found that small organizations tend to be more reliant on volunteer labor to help them raise funding than their larger counterparts. As organizations grow they add more paid fundraising staff, so expenses naturally increase as well.

An upside to the addition of professional staff, is that it allows the organization to attract a much higher level of support from sources including individuals, government, and foundations.

Which Markets Saw the Highest Returns? 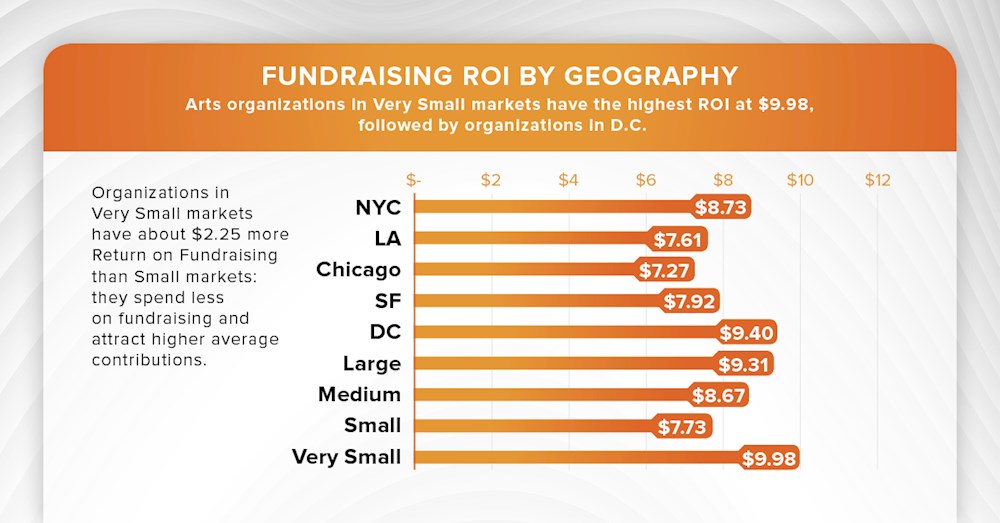 These findings reflect the average Return on Fundraising for each of these markets across the country in 2017.

To raise money, you have to spend money wisely. Cultural leaders can use these findings from 2017 as a benchmark for determining whether the funds they generate per dollar spent on fundraising are in line with organizations like theirs.

More than half -- 57% -- of total contributed revenue is attributable to fundraising expertise.