Is the Traditional Subscription Model a Thing of the Past?

Woolly Mammoth Theatre Company abandons the traditional subscription model in an effort to make its programming more accessible to all. 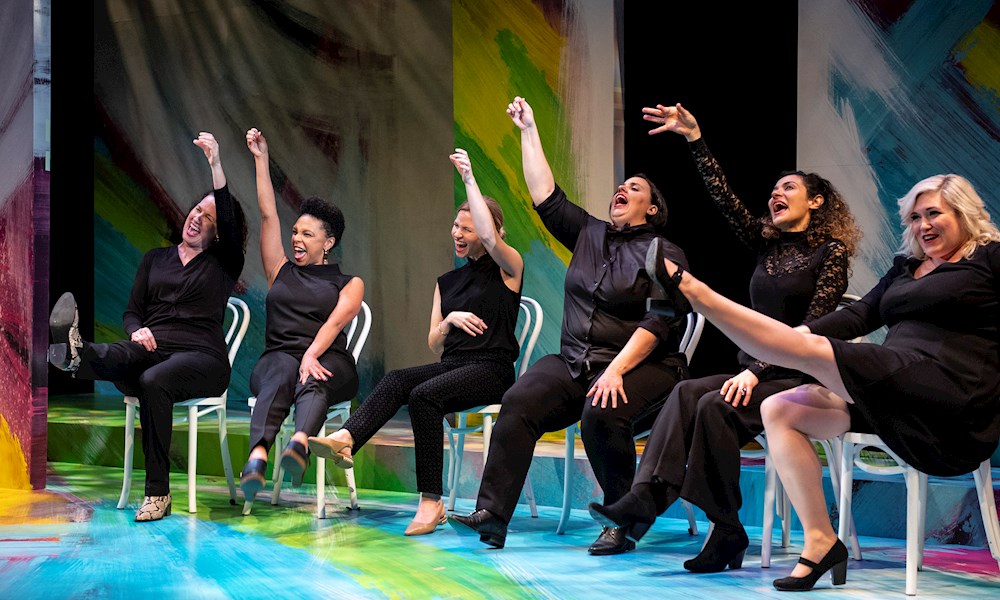 This time last year, we were five months into quarantine and the uncertainties of the COVID-19 pandemic necessitated innovative change for cultural organizations to reach audiences in new, socially distanced ways. As arts experiences entered the living rooms of millions of Americans, serving as a source of solace and connection, it paralleled a pivotal moment for us as individuals, organizations, and as a society to identify and acknowledge the inequitable systems in which we operate.

The Black Lives Matter movement has catapulted racial equity to the forefront of U.S. issues, including a critical evaluation of the ways in which the arts and culture sector plays a role in elevating diversity, equity, and inclusion, including how our communal spaces promote connectivity between spatially and socially divided citizens.

For Woolly Mammoth Theatre Company in Washington D.C., this critical evaluation has been top of mind even prior to the pandemic. A common practice for performing arts organizations is to operate with a seasonal subscription model that provides its members a number of perks, such as fixed prime seating for each show they attend. In theory, this structure may seem impartial, but in application, it has upheld a longstanding division among the audience and created lesser experiences based on financial means.

Through a four-year partnership with The Wallace Foundation, Woolly Mammoth gained insights through qualitative data from its subscriber base that allowed an evaluation on how effectively it spoke to the value propositions of its constituents through both, operational and programmatic choices. At the beginning of 2020, Woolly Mammoth decided to move away from the traditional subscription model and launched The Golden Ticket; a new, flat-rate program that offers guests the flexibility throughout the season to choose any date and any seat as long as there is availability. This model also better speaks to its newly revised mission statement, which will be published later this summer.

“The overarching theme of the new mission, vision and guiding principles is that Woolly wants to mean more to more people. A Golden Ticket allows for a deeper level of ownership and relationship that a person can have with the organization because they can set the terms of how and when they want to come, and the ways in which they want to attend,” stated Timmy Metzner, Director of Marketing at Woolly Mammoth.

Among American theatre, Woolly Mammoth has established a reputation for staying “uniquely plugged in to the mad temper of the times” (New York Times). Still, their research showed that a large number of audiences were based on the title of the show rather than loyalty to the organization. This finding directly conflicted with a long-held narrative within the organization that now needed to be reconciled.

The Golden Ticket not only aims to foster a more diverse audience but also to strengthen community engagement and nourish individual relationships, now and after reopening this fall. According to Metzner, tracking renewal rates, redemption rates, and the average cost per ticket will be key in measuring the success of this program.

While Woolly Mammoth has taken steps to evaluate its services and fill the gaps based on data-driven evidence, many performing arts organizations have not. In the latest report from a series that focuses on equity in the arts, SMU DataArts finds that from 2011-17, Black, Indigenous, People of Color (“BIPOC”) and lower-income segments of the community were significantly underrepresented in the audiences of traditionally Eurocentric arts sectors (i.e., ballet companies, performing arts centers, theatres, orchestras, and opera companies). A breakdown of the data shows that of the organizations studied, only a fraction of the audience members was representative of the racial and income diversity within the general population of that area.

This data may seem contradictory to the widespread emphasis on Diversity, Equity, and Inclusion initiatives that many organizations have been touting since the 1980s, and especially in more recent years. Despite the intent to diversify the profile of constituents and foster a more equitable sector as a whole, the Black Lives Matter movement galvanized BIPOC members of the arts community to expose the exploitative nature of a system that was built on a foundation of white supremacy.

In an open letter to white American theatre, a community of BIPOC theatermakers write, “We have watched you program play after play, written, directed, cast, choreographed, designed, acted, dramaturged and produced by your rosters of white theatermakers for white audiences, while relegating a token, if any, slot for a BIPOC play. We see you.”

The experiences of BIPOC arts leaders and research both show that while shared arts experiences offer valuable opportunities for cultural awareness and understanding, funding for and access to these opportunities is directly tied to the systemic sociocultural and economic inequalities of society itself. While money, time, and physical access are all privileges that factor into one’s ability to go to the theatre, barriers to funding and resources for smaller, BIPOC organizations also inhibit the production of experiences that better speak to the diaspora.

As we begin to return to these communal spaces after prolonged isolation, trauma, and polarization, how have your expectations of shared experiences changed, how does your organization now define DEI success, and how does your operational model advance or limit accessibility?

The Intersection of Funding, Marketing, and Audience Diversity, Equity, and Inclusion

This research examines if and how donor priorities and an organization’s location, subscriber base, and marketing actions affect the extent to which audiences represent the diversity of the organization’s community.

Other Research on the Impact of COVID-19

View our most recent research on the arts sector.