Finding ways to support artists isn't something new to Linda McInerney, but as she continues her fight for essential policy changes she has also developed a mini-COVID-19 relief grant for local artists during this unprecedented time. Find details at the bottom of this article. 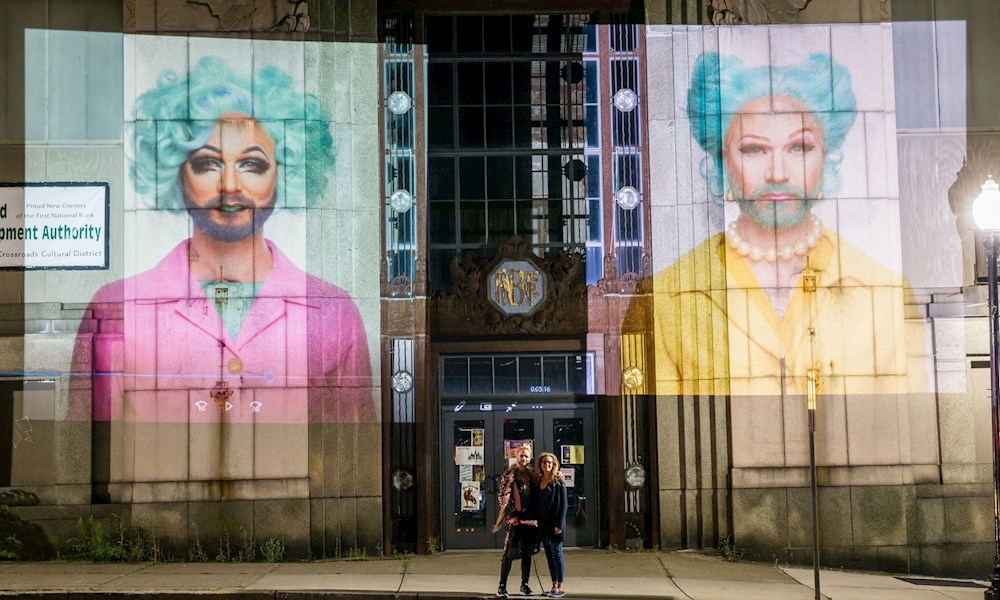 A decade ago, Greenfield, Massachusetts, was a sleepy industrial town struggling to find its way in the modern age. Today, it’s something very different: the ninth most vibrant small arts community in the country, according to the 2019 Arts Vibrancy Index published by SMU DataArts.

It’s a remarkable transformation, and one Greenfield’s residents are proud of, but they don’t take the future for granted. Theater director and long-time Greenfield resident Linda McInerney says there’s work to do if they want to keep building what they’ve started.

“We have become home to artists of all kinds because of what has been our affordability,” says McInerney, who runs local theater company Eggtooth Productions. “We were one of the cheapest towns around to rent a studio in or rent a small apartment in, and that is changing very swiftly.”

In the last three years, Greenfield Town Metro Statistical Area has twice been ranked one of the top 10 arts communities in the United States by SMU DataArts in its annual Arts Vibrancy Index Report, which analyzes the strength of arts dollars, arts providers, and government support in cities across the country.

Until recently, the town of 17,000 had been living in the shadow of its past. During the Industrial Revolution, Greenfield was the richest town of its size in America, but it suffered a sharp decline after World War II.

McInerney says that affordable housing played a key role in Greenfield’s cultural renaissance. That’s why she and a coalition of other Greenfieldians — including a couple of new, progressive city councilors — have been studying sustainable growth models and drafting zoning changes that they hope to pass in the next year.

They want to facilitate the development of more studio and one-bedroom apartments downtown that will be affordable to the artists and low-income residents who have contributed to the city’s colorful present day. Without more of this housing, McInerney worries that Greenfield could be vulnerable to a familiar pattern. 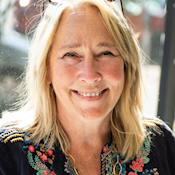 “We don’t want to be another one of these towns where the creatives get pushed out. We want to stay the great place that we are without gentrifying.”

Linda McInerney’s perspective on affordable housing is partly rooted in her own experience. When she and her husband were looking for a place to lay down roots 35 years ago, Greenfield wasn’t the place to be. It had all the social services for the county, but it didn’t have much in the way of culture.

“It was about the least progressive place, back in the day, that you can imagine,” McInerney, a native New Yorker, says.

She and her husband were more attracted to the neighboring college towns of Northampton and Amherst, but they were priced out of buying a home there. After spending some time in Deerfield, where McInerney previously taught at Deerfield Academy, they gave Greenfield a shot.

McInerney’s family soon discovered that it offered more than reasonably priced homes. It also had a picturesque setting on a river surrounded by mountains. And being close to the post office was pretty nice.

“It’s what I call a ‘rurban’ kind of place,” she says. “It has an urban sensibility to it downtown, but a stone’s throw away, you’re in God’s country.”

As housing prices have continued to rise in the areas surrounding Greenfield, making it difficult to find even affordable rent in places like Amherst, more young people have come to see the upside to Greenfield. And as the demographics of the city have evolved, so has the culture.

McInerney backs up what the Arts Vibrancy Index had to say about Greenfield’s passionate citizenry. It has always been, she says, a place where “everybody cares.”

Still, for many years the predominant attitude in Greenfield was nostalgia. People hung their hopes on the revival of local institutions like the long-shuttered Greenfield Tap and Die. But in 2011, McInerney observed a dramatic shift: Suddenly she heard openness to embracing a new identity for Greenfield.

McInerney pins this evolution to a particular moment at a cocktail party. She was discussing the possibility of throwing a theater festival in Greenfield, an idea she had raised before, always to a lukewarm reception.

Later that year, McInerney successfully threw a Fringe Festival of short plays set in alternative spaces throughout downtown. One of the venues was the historic and long-abandoned First National Bank of Greenfield, now earmarked for more than $3.5 million in government funding to help turn it into a shared public space.

It’s a good indication of Greenfield’s growth, but McInerney emphasizes that they’ll need as much as an additional $1 million to finish the renovations — a formidable amount for such a small city. To raise it, or address the pressing housing issues, they’ll need even broader community support.

That’s why McInerney is working consciously to create opportunities for Greenfield’s old guard and new guard to interact. “What we’ve got to do is figure out a way to embrace them and love them while we show them that progressive can be good and beautiful and useful,” she says.

To that end, a new makerspace downtown will feature equipment for shoemaking and weaving, alongside laser cutters and 3-D printers. She hopes some of Greenfield’s displaced engineers will make a home there.

“These guys can do amazing things with their hands,” she says. “Wouldn’t it be wonderful if they taught classes or learned how to use some of the new machines?”

The exchange of ideas got off to a promising start last month at City Hall. Greenfield’s economic development committee and planning board hosted an information session to gauge public sentiment toward the zoning changes proposed in December by new City Councilors Otis Wheeler and Tim Dolan.

Thirty community members showed up to discuss their recommendations, which were inspired by a new model that is gaining traction among leaders in urban development and sustainability. The Strong Towns model helps create denser, more walkable and bikeable communities. Wheeler and Dolan believe that those things will in turn drive affordability.

One of their first recommendations is to remove minimum parking requirements.

“There’s this perception that there’s never enough parking, but if you have less, people walk to where they want to go,” McInerney says. “It’s an imposition upon the developer to have to have that parking and it reduces the amount of money that she or he can afford to pay for the actual renovation and the development of the property.”

Another proposal is to reduce minimum lot size, set back and frontage requirements.

“I own a duplex on a 2,000-square-foot lot,” Wheeler said, according to an article in The Recorder, Greenfield’s local paper. “I have a backyard — it’s a normal place to live. When I found out that the zoning code not only did not allow [lots that size], but did not allow anything even in the same universe as that, I thought it just went against common sense.”

The above proposals would benefit artists in the long-term, by encouraging more housing development and allowing those developments to have smaller footprints. Other proposals could add to the housing stock much sooner.

Wheeler and Dolan want it to be legal to rent out stand-alone accessory dwellings like tiny homes and back houses, and to eliminate current zoning language that says groups of more than four people living together must be related by blood or marriage. These changes would immediately provide more options to artists seeking affordable housing arrangements.

McInerney recalls that attendees were receptive to the idea of accessory rental properties, but that the one to reduce minimum lot size was more controversial. The Recorder reports that Mayor Roxanne Wedgartner called some of the changes too “dramatic” and expressed concern that they would give developers too much freedom.

However, the mayor reportedly offered her support to relatively modest revisions put forward by Director of Planning and Development Eric Twarog. One of his counter-proposals would reduce the frontage requirement to 50 feet instead of 30, from the original 65.

The information session was only the first of several, but McInerney thinks the zoning changes will come to a vote within a year. “I think a lot of these changes are going to go through with some compromises,” she says.

And she has good reason to be optimistic. Arts-minded Greenfieldians now have Wheeler and Dolan on their side, and they recently established their first arts council since the 1970s, which means they’ll soon have even more channels to work through.

True to form, they’re also constantly workshopping new solutions. Another housing project in the works would turn a 40,000-square-foot decommissioned armory into artist and low-income apartments. “The thing that we have going for us,” McInerney says, “is this incredibly powerful and dedicated community.”

Caroline Pritchard is a copyeditor at Publicis Hawkeye and a freelance journalist in the Dallas-Fort Worth area.

Artists in the Franklin and Hampshire counties of Massachusets are invited to create new artwork that may be shared online and that responds to the COVID-19 pandemic. Based on the selections of Eggtooth Productions Board of Directors, eight artists will be awarded a mini-grant of $250.